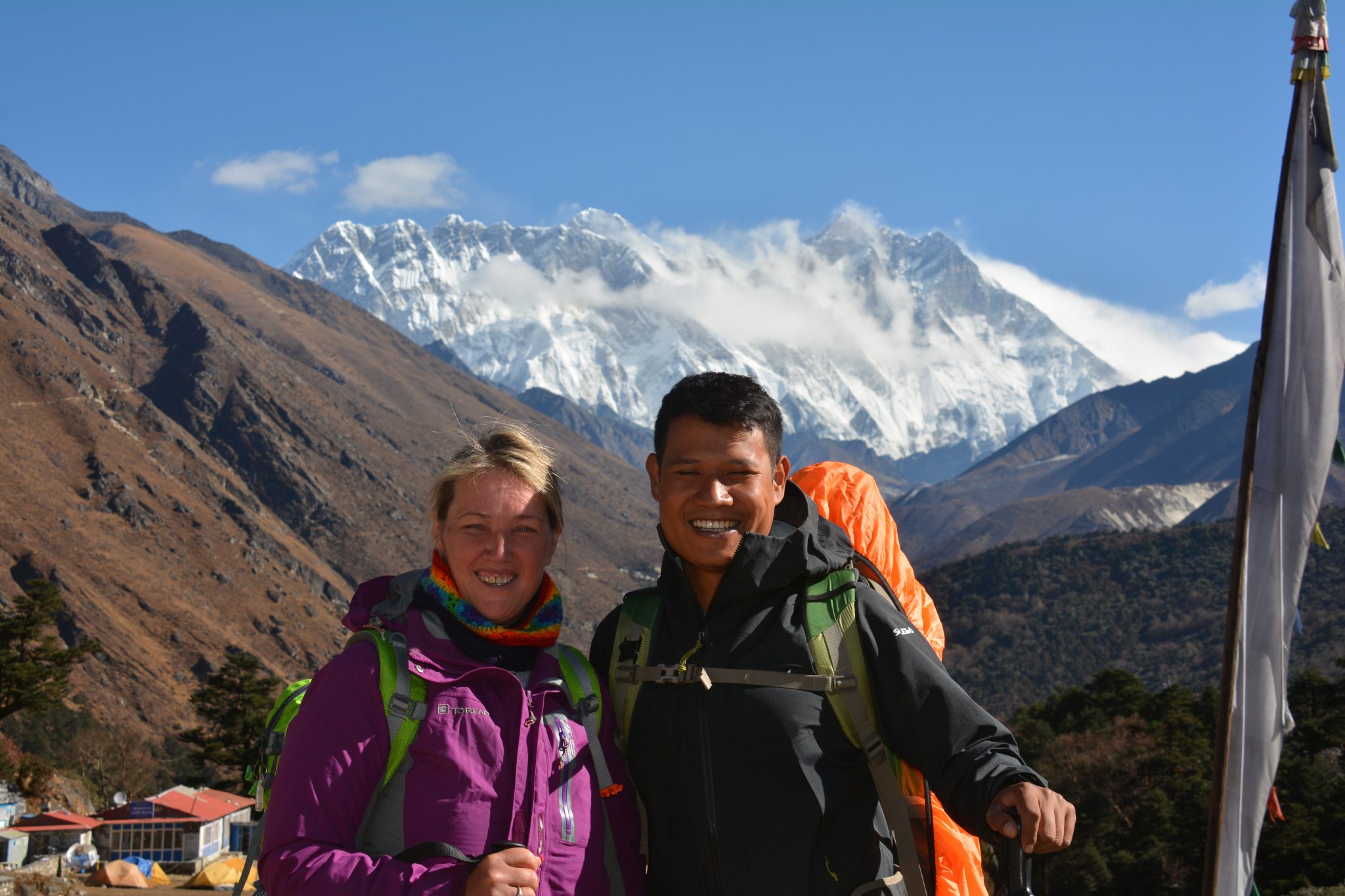 Ebc or Everest base camp trekking is called the trek of all treks.

If you see how many people go up and down every day you would believe it.

Our journey start with a helicopter to Lukla …because all flights where fully booked.

If you can take off to Lukla you never know because of the weather conditions.

But finally, we take off, the flight is about 45 minutes … after 10 minutes you start to fly over the green mountains… mountain after mountain, my God Nepal has so many seems there comes no end. You see the many rice fields, rivers … and finally white mountains. There they are the beautiful Himalaya s …

Lukla is a very small airport in the mountains at 2800.

I honestly feel safer with a helicopter then land here with a plane … once out of the helicopter you already feel the cold wind.

Here our journey start … my first aim is Tengboche Monastery, 3.845 meters, where they have their annual Buddhist festival, Mani Rimdu.

There are no roads here, only trekking roads, so all the goods needed to bring also up with porters, yaks or horses.

So, there we go after paying the ticket we start our trek.

This trek is classified as difficult … well in the beginning the path is difficult and later the altitude.

The ethnic tribe leaving here are the Sherpa people.

Many people think that Sherpa means porter or guide, but that isn’t true … actually because the first mountain expeditions where guided by this people everybody call them Sherpa.

But today all kind of ethnic groups guide now the trekking’s or carry the goods.

For this last people, the porters, I have a great respect, the carry 40 and more kg mountain up and down … amazing what they do and sadly for a low wage.

Our first day was a quite kindly trek of 3 hours and as our destination is lower than lukla it was more down then up. So that was a good warming up with already many Mani walls, stupa s and lung ta, Tibetan wind flags. The Sherpa s come originally from Tibet and are Buddhist. Here you don t find a mix with Hindu.

The second day we need to climb 1000 meters, and as in the mountains that means up – down – up … we start also to cross rivers over long iron bridges what is quite scary in the beginning.

As in the beginning this path is general people who to a trek to the lake or other mountains it is quiet crowdy … sometimes where the climb is very rocky there is even a traffic jam … but the later on the day the quieter it went … the path is very rocky, and I don’t know what is the hardest up or down …

in the beginning much green and we follow always the river … in total we crossed 5 times … and then we entered the Sagarmatha National Park (that is the name for Everest) and from that moment the real climb start. From our lunch point until evening stop it was up / up -up … at a certain point we saw a high iron bridge, I saw people walking over it, so I knew ok that will be our path … when I looked up I thought this I will never reach … but then you start climbing one feet after another and you are surprised what you can do.

Trying to find your breath … porters are passing you by like it is nothing.

Once on the bridge it was very cold … I thought I was now at the top but no again climbing and climbing … looks like there comes no end of it today … but finally we reached our destination Namche Bāzār, a quiet big town, it was an old trading place between Tibet and Nepal.

Many people hold here a rest day to acclimatize at the height because we already above 3000 here, but as I wanted to be in time for the festival we went further on our path.

From now it is like heaven … everywhere you see snow mountains almost no trees anymore … quiet on the path only many yaks and horses. You need to be good aware of them because they would push you down … so sometimes you need to search for a safe spot on the small path to let them pass by.

Here I felt the love for the trekking … the silence … the connection with the nature … birds flying … yaks crossing … blue sky and the mountains… one moment it was so touching that the tears came in my eyes.

And then we started to climb again as we are already at 3.500, I begin to have problems with the height … head spinning / headache and after a few steps climbing no air …

Lucky, we find a room with tashi, the grandson of the first men who Climbed the Everest.

But my body was tiered – I start to have coughing, short breath, headache and swollen hands … meaning mild altitude sickness … so resting and drinking … and hoping it goes better. Lucky, we planned two days here.

As there are no roads the only thing that can bring you down is a helicopter.

You hear every hour one of two helicopters coming by …some are with food, others bringing people to base camp… and others are for rescue … as I hear many people need to be rescued for all kind of reasons … knowing it cost you 3000 dollars to rescue you … you realize that is a real business here…

The night and mornings are quiet cold … -9 …, but once the sun is out it is nice …, so in the morning we went up the monastery to see to program … four days they had with mask dances, fire ceremony, long life empowerment … Rituals to protect from negativity … for me it was amazing.

As my body slowly adapt to the height … but my coughing stayed I couldn’t go higher anymore … that was too risky for the altitude so Pramod went alone to base camp (2days from here).

I was near the Monastery, so I could attend the other programs and read my books … but honest also sad that I needed to stay behind.

The day he said he would return I was reading on the roof terrace where you have a nice view of the Everest … and where you see the people coming back …. as the Monastery is at the summit of this mountain … you see people climbing up … first small then bigger and bigger …

The next day we start going down … but down is actually down and up and down and up … until we reach Namche Bazaar where we are going to stay for 2 nights.

Near our nice guest house is the Gompa of Namche – small but beautiful.

We took a rest day to look around this old trading place what is now a shopping place and hang out place.

Then we start our biggest descending 1000 meters in one day … when we came at the big iron bridge, who is scaring high , we had a traffic jam … in one way yaks where coming and in the other direction horses … if you know that both have the habit of pushing you down the cliff , then you make that you are on a safe place .., it was so crowded by yaks, horses and trekkers that there was no space to move ( see our video on Facebook or Instagram).

It was also our last view of the Everest … the highest mountain of the world … the further we go down the greener it comes, and we start to follow the white river … crossing a few times the river on the famous iron bridges… in between we saw a helicopter landing near the river for another rescue…until we finally teach pakding to sleep.

The last day we need to go up again because lukla is 200 meter higher … but it is day where you pass many stupa s, mani stones … next to the many yaks, horses, you cross also many porters – some carry luggage for the people – others are local porters carrying all the goods arrived by plane in lukla … max the carry between 120 and 130 kg, imagine and they walk like that up in the mountains … much respect I have for this people …because it is only 6 km today so we have more time to take pictures of the many beautiful children …finally we reach our end destination lukla … everybody who is here is happy because the end of their travel … some made it to base camp and others, like me, not. 20% of the people don’t reach the end but still everybody happy with what they did and what they experience … so last evening people start enjoying, drink and dance ;-).

Flying or not flying that is the question in lukla … depending on so many factors… how busy the international flights are in Kathmandu , because they have priority, and the weather conditions in lukla … as the taking of stroke is so short again the mountains the weather has to be clear otherwise no flights …
And then the structure in the airport… let us say there is only chaos … getting on a plane is also an adventure on itself …there are checking in stands but only name of airline nowhere a television or even board that mention the flight number… if you ask in the office when is the plane coming? They look at you at don t reply …and immediately go on their mobile … so when somebody shows up after the desk everybody jumps up if you now have 8 or 9 or 10 o’clock flight because nobody knows what happening …without a guide I really think it is impossible do find your way here …
Finally we had checked-in now waiting again for the boarding.

Look at our facebook to see our album of this travel https://www.facebook.com/pg/TaraHimalayanVision/photos/?tab=album&album_id=252978315378679 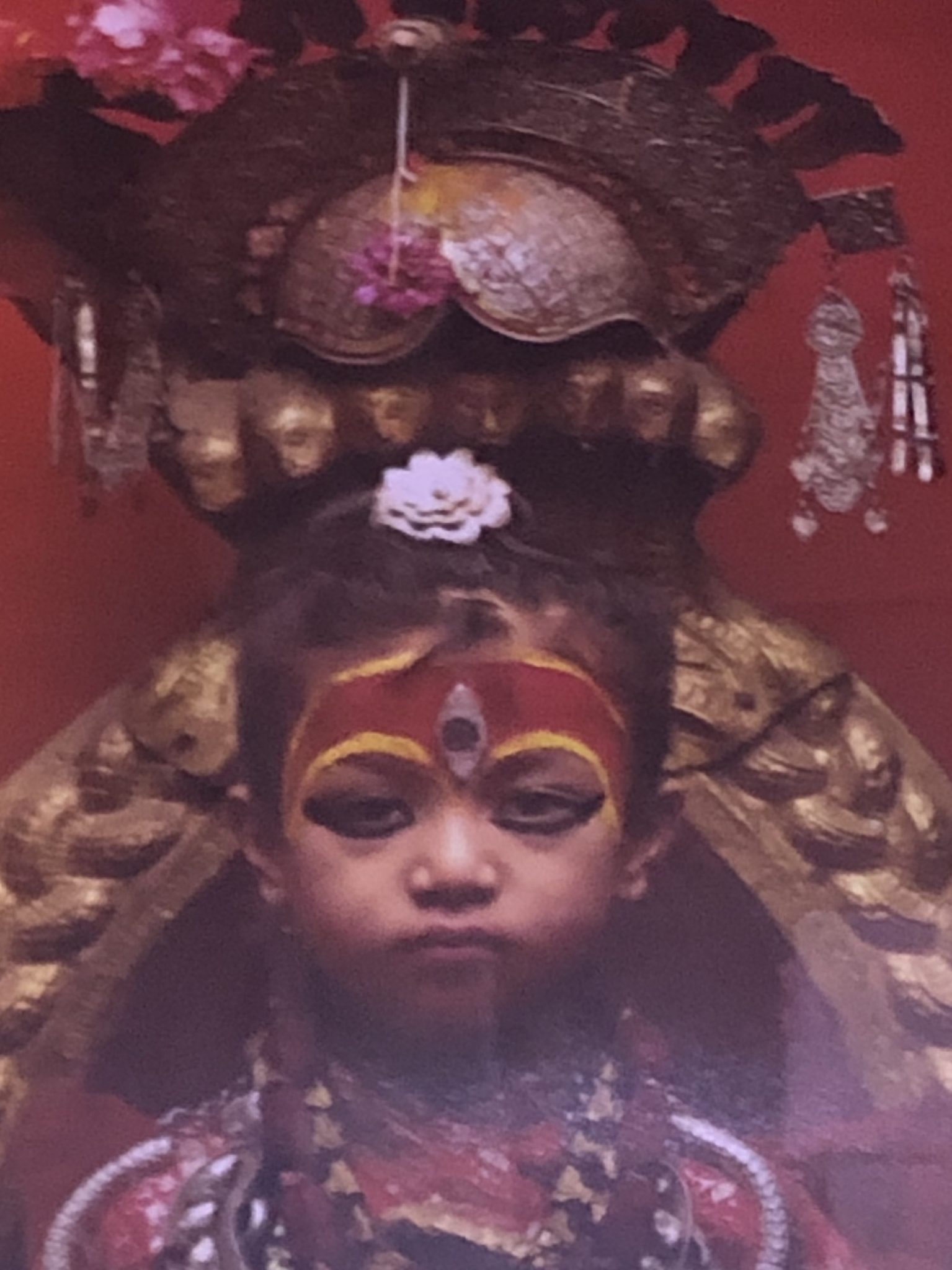 Do you know that Nepal has a living Goddess? 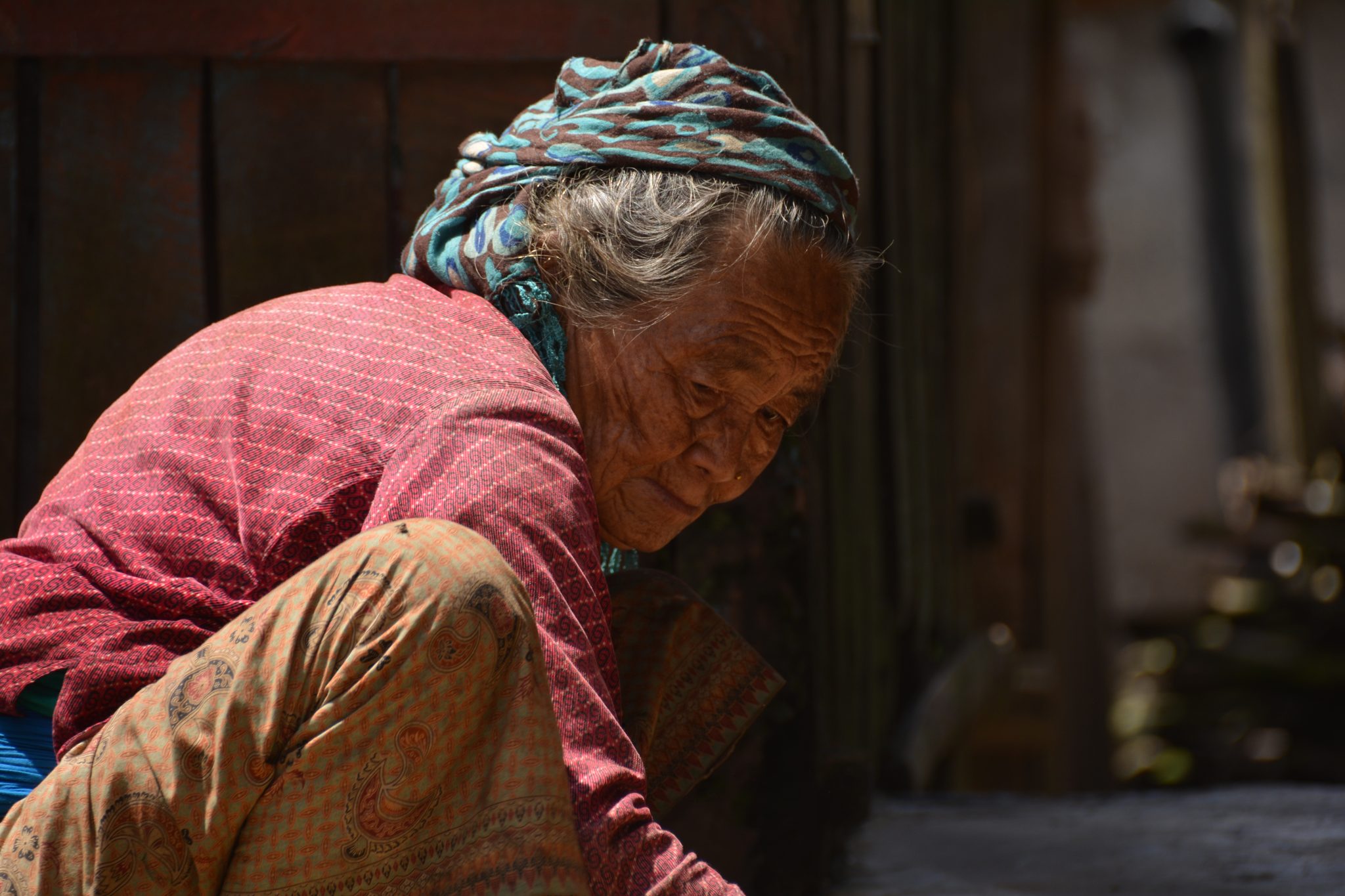